WiFi or 4G? Should your organisation continue with broadband in the new era of 4G wireless networks or is it time to make the switch and go 100% mobile? If you haven’t got time to read this all I can advise is not to walk away from WiFi quite yet, Vodafone haven’t.

In the recent Thames Valley Chamber of Commerce technology event in Swindon (UK) with speakers from Excalibur, Blackberry, Microsoft and Vodafone all the talk, as you might expect, was around the use of mobiles and touchscreens in an increasingly dynamic world. Microsoft was keen to highlight the benefits of Windows 8, a serious attempt to make up obvious ground lost to Apple. Blackberry their new totally connected world of mobiles and touchscreens to again bring the fight back to, yes you guessed it, Apple. While Vodafone wanted to share an insight into the working practices of high tech premises and in particular their Newbury (UK) HQ. 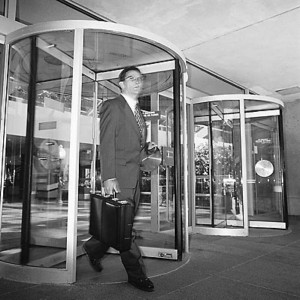 The question for me was just how far had a leading mobile communications company gone towards achieving a truly mobile workplace? After all, if they couldn’t do it what hope was there for the rest of us. Well to start with there aren’t enough parking spaces to encourage home working? Nothing ground breaking there; UK planning law seems to have achieved that in every business park across the land all on its own. The options for employees seems to be to either arrive early and secure a spot, waste a lot of time circling the car park, or worse annoy local residents as they clutter otherwise quiet cul-de-sacs.

Once inside the building it seems no-one at Vodafone has a desk, even the CEO; everyone sits where they need to work that day. Follow that to an extreme and you can form a slightly cynical picture in your mind that results in no-one ever finding anyone else as nobody is where you expect to find them. I can only assume most people must at least base themselves in one area for it to work in practice. 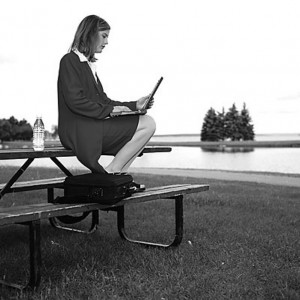 This brings me onto to the technologies being employed. Not too surprisingly for a mobile telecommunications company all desk phones have been replaced by mobiles. Phew, at least we can all breathe a sigh of relief with that. Imagine if they remained in place because of say poor mobile signal, now that would be a good time to feel uneasy about new technology. So everyone gets a mobile. Also because there are no fixed desks, there are no fixed desktop computers, so again this is a company that provides its employees with portable devices. The ratio of laptops to touchscreens was not made clear, but in short people have two devices, one primarily for voice, and the other for data. Something in itself that would place most companies these days within a stone’s throw.

After all you might still have desktop computers, but those could easily be replaced by laptops at any-time. As for mobiles over fixed line phones, then again there may be a case to make the switch; it is at least worth a few conversations I’d have thought. There are even ways to retain a fixed line number if that is a concern. Of course the real question is why would you? Are you trying to be more dynamic as an organisation, do you want people to be more mobile? Because if no-one is going to move then desktop computers and fixed line phones work as well today as they’ve ever done. In fact you could ask yourself that very question, are you a fixed desk type of company or a more dynamic mobile one? 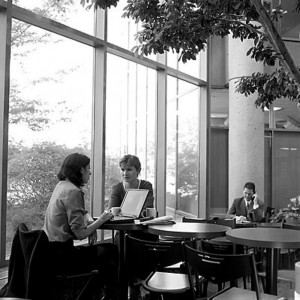 The million dollar question for me remained and was the one I asked at the end, WiFi or 4G? The answer from Vodafone right now in 2012 was WiFi, simply because 3G is not good enough and 4G not ready. The EE folk will of course have a different view, but I’m happy to take Vodafone’s position on this. In their high tech facility where everyone works in the most flexible way possible for an organisation of their size the portable data devices they use connect via WiFi. In other words they use a wireless routers instead of their mobile signal because of the latter’s relatively poor performance in handling the large volumes of data required in a modern office environment. Which means unless you are EE, you should probably do the same, at least for the next 3-5 years and write that with confidence into your IT strategy. After that who knows, we can only guess.

Remember all PACE-Consulting services are offered at extremely competitive rates. To discuss any of the services offered, including partnership working oppotunities, please make contact using the Online Form.

Bring Your Own Device (BYOD)

Bring Your Own Device (BYOD) to Work

With increasing pressure on organisations to save money during times of austerity, particularly those ongoing killer revenue costs. Does implementing a Bring Your Own Device (BYOD) policy help deliver that, or just open up a whole new set of security [Click Here]

Live on the blog